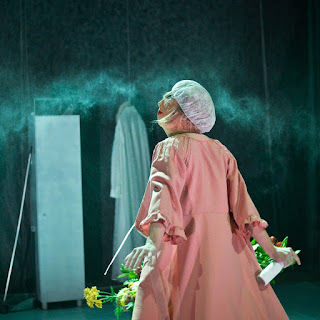 Follow Rose in one of her exhausting  cleaning session

THE SICK ROSE- THE PROJECT
We live in disinfected, sterilized, deodorized and anesthetized bodies.
Everyday, or many times in a day, we subject ourselves to treatments that try to neutralize odours that our glands secrete naturally but that for us, contemporary men, have become disgusting and nauseating.
Everyday we protect our bodies from the contamination of the external world assuming behaviours and substances able to preserve our physical integrity and reducing our contacts with external bodies.
Although vaccines promise us blessed immunities and painkillers break out our habit to suffering, our bodies are still fragile and complex organisms that fight perpetually against sickness, dirtiness, decomposition, death.
Because, as M. Foucault affirmed, “body discipline and population control are the two poles around which the organization of power on life has developed itself“, we are entrapped in a vicious cycle that leads us to live our body as if it would be incomplete without the help of products and preparations that ‘clean us up’ by our humanity.
So, as the already mentioned Foucault asserted, as “the old power that symbolized sovereign authority is now accurately covered by body administration and by the calculating life management” practises as personal hygiene and body care have been quickly removed by the ‘private sphere’ and transformed into strict rules from which depend social inclusion and/or exclusion. Sexuality, for example, is the field in which these rules have found a big adherence, a field ruled by rigid prescriptions and monitored by specific precautions.
In The Sick Rose we participate in the progressive physical and moral decadence of a woman that, used to perceive her body as a perfect electronic device to control and to programme, gets sick because of the fear to get sick.
The barrier that she places between herself and the external world crumbles, faced with the evidence of the transience of her existence and all the disinfection practises that she daily inflicts to her body have effects against her, causing several unexpected consequences.
The woman survives, building a fake identity through which she denies her corporeality (her capability to produce corporeal fluids, her physical limits, her being subjected to ‘natural laws’) and anesthetizes her senses.
The woman survives, but not for a long time: into the rose lives a worm that contaminates her perfume, destroys her beauty, breaks her roots.

THE PERFORMANCE
The performance The Sick Rose/Reality Show, created on occasion of Performance Art Tv live streaming, wants to investigate Rose’s private life, following one of her exhausting cleaning sessions. A camera will follow her actions and will reveal her obsessions, her fragilities, her fear to be human. 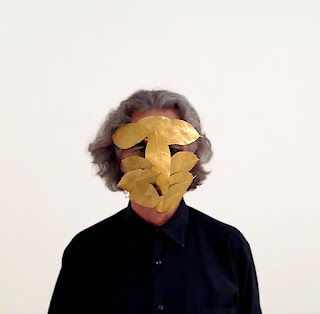